A new way to experience racing

Our client, NTT, is one of the largest and most innovative communications and technology companies in the world... and also happens to be the title sponsor of the famed IndyCar series. They wanted to showcase their NTT "Smart Platform", an innovative real-time data analytics engine, at the upcoming Indianapolis 500. M&T helped them do it.

Building the Next Leap in Fan Engagement

During the race, each athlete and car creates thousands upon thousands of real-time telemetry data points, and NTT's Smart Platform can capture them. That volume of data and insight is just asking to be used as a way to engage, educate and excite IndyCar fans.

That's why NTT wanted to develop something brand-new for the world of racing: a real-time, digital twin technology that IndyCar fans could use to watch and, more importantly, experience race data like they never have before.

The Indianapolis 500 was fast approaching. With three weeks to go, NTT tasked M&T with developing a digital replica of the race data in a digital twin environment in an effort to showcase the data across several race "stories".

Our plan needed to include the ingestion of thousands of real-time data elements per lap, normalized and converted to a virtual 3D environment during a live race. We knew that before we could make it look good, we had to make it work well. That meant understanding and interpreting the data storyline before we could think about the design.

As we mentioned, NTT's sophisticated, real-time data capabilities were pretty comprehensive (including the ability to capture and predict race data including G-force, predicted pit times, speed, distance between athletes and other important data elements). If you could understand the data, you wouldn't just know who was in the lead and how fast they were going, you would get a complete view of the entire race down to every stroke of every engine in every car—in real time. Needless to say, that's a lot of information.

We used the latest in data analytics to parse the thousands of real-time data points and developed a foundation on which we could build the next layer: a fully functional, interactive fan engagement platform. 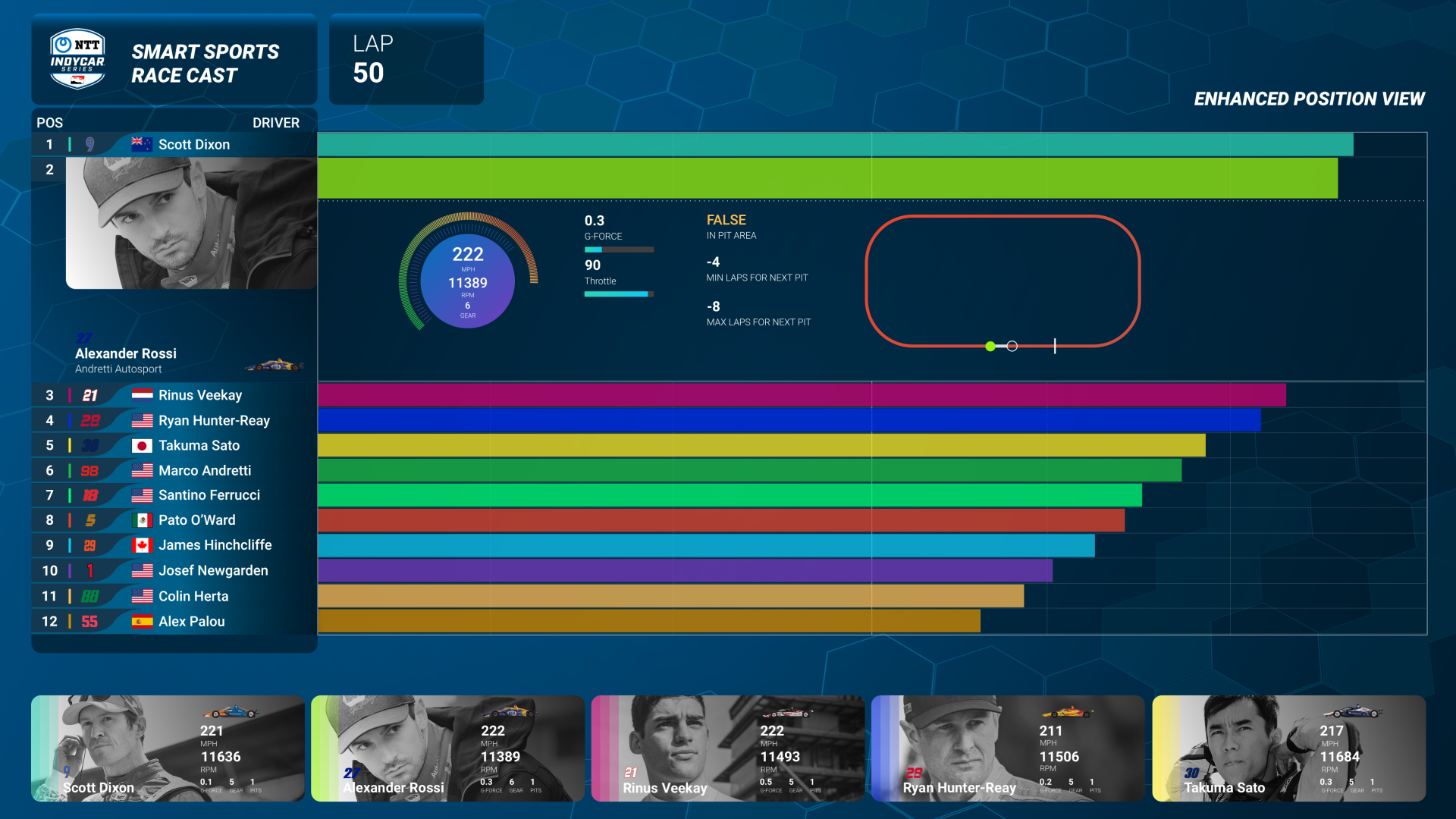 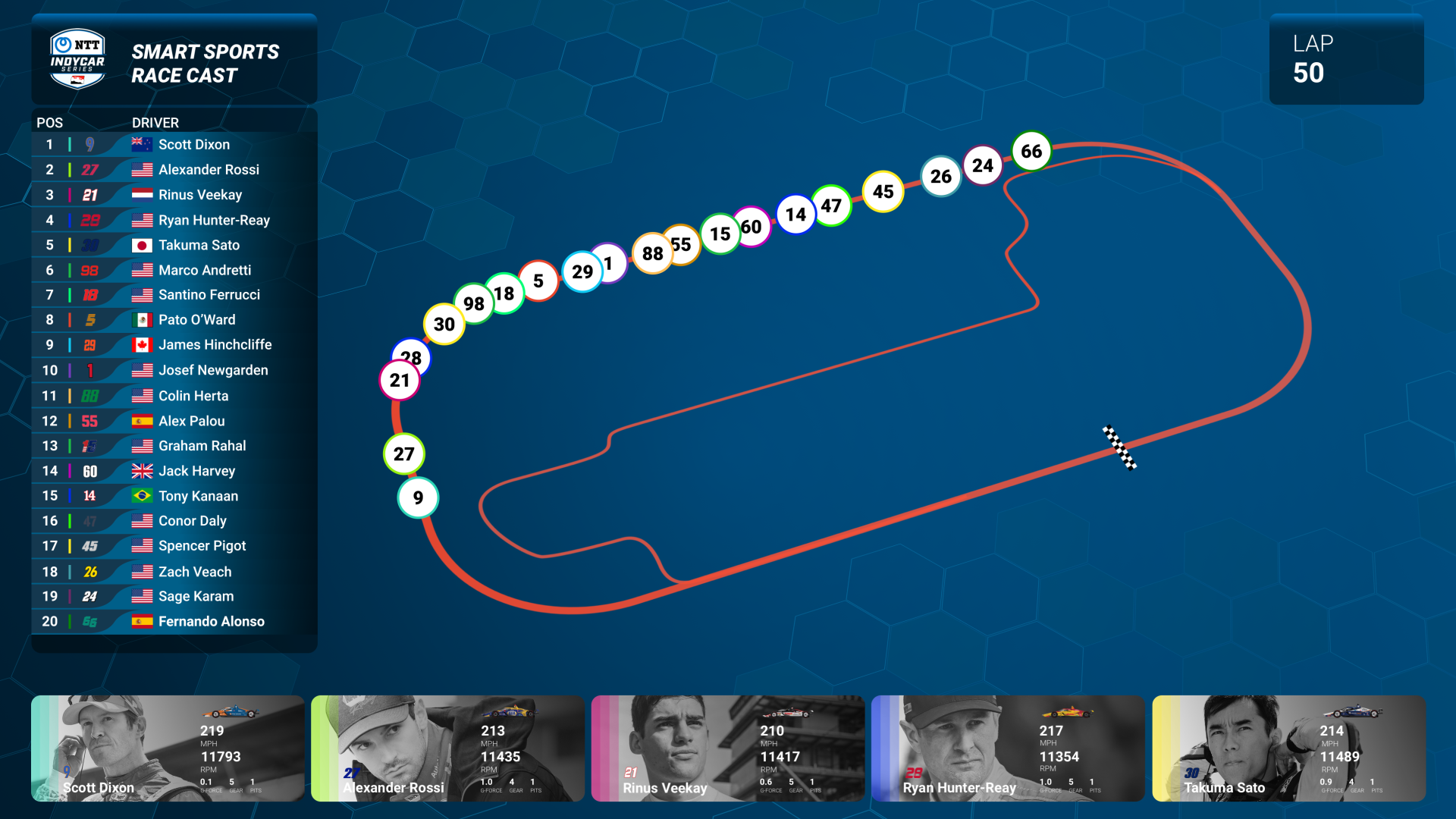 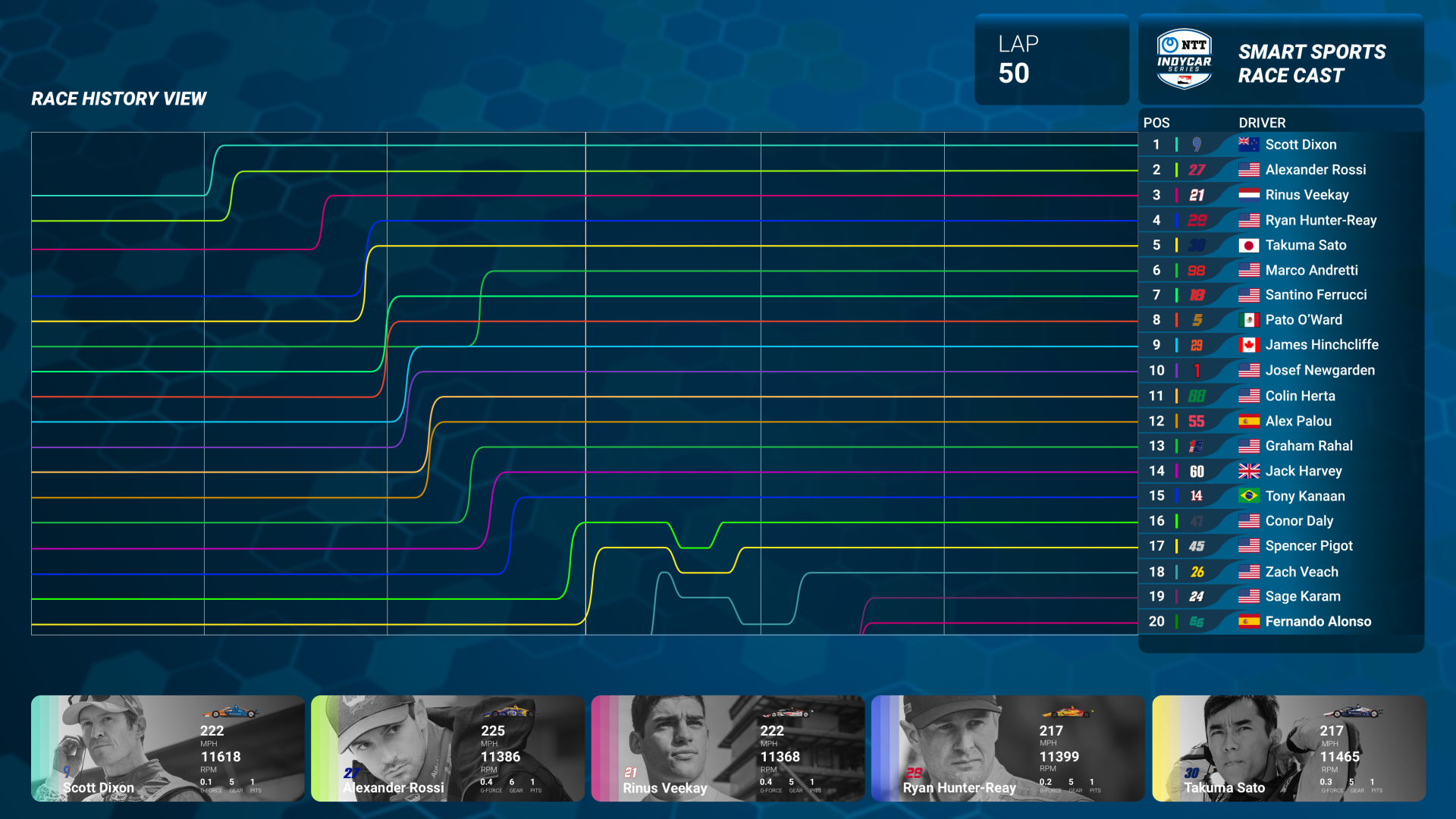 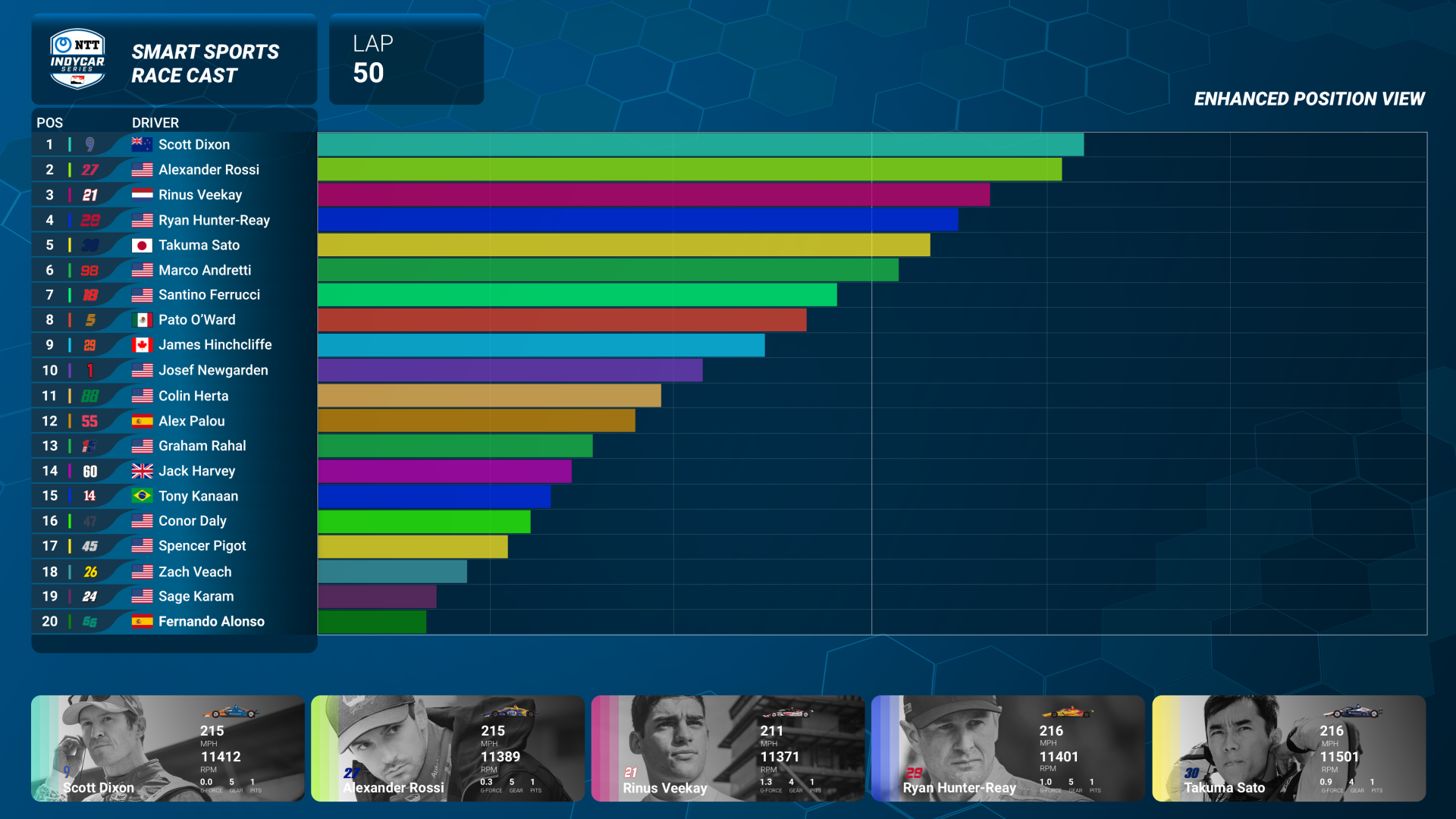 Putting fans inside the race

Making the data easily digestible could have been a meaty task on its own. But, we also ingested the data and visualized it in a 3D environment across several different "race views" and virtual vantage points.

With our visualization platform we converted a complex data layer into a rich visualization with a fully rendered 3D video broadcast that can be used as a either a standalone view of the race as it happens, or combined with live video from the event for an enhanced experience.
‍
By combining layers of video and 3d data visualization, Mighty and True created a functional proof of concept that could be used to revolutionize the fan experience in racing

The result was a product that could stand shoulder-to-shoulder with any major sports fan engagement interface. It's intuitive, informative, streamable (on Twitch, in this case), and polished.

With the application and live-streaming, we helped elevate the IndyCar brand with new ways for fans to engage with the sport

Went from kick-off to strategy to development and launch of a brand-new, cutting-edge digital fan engagement platform in three weeks 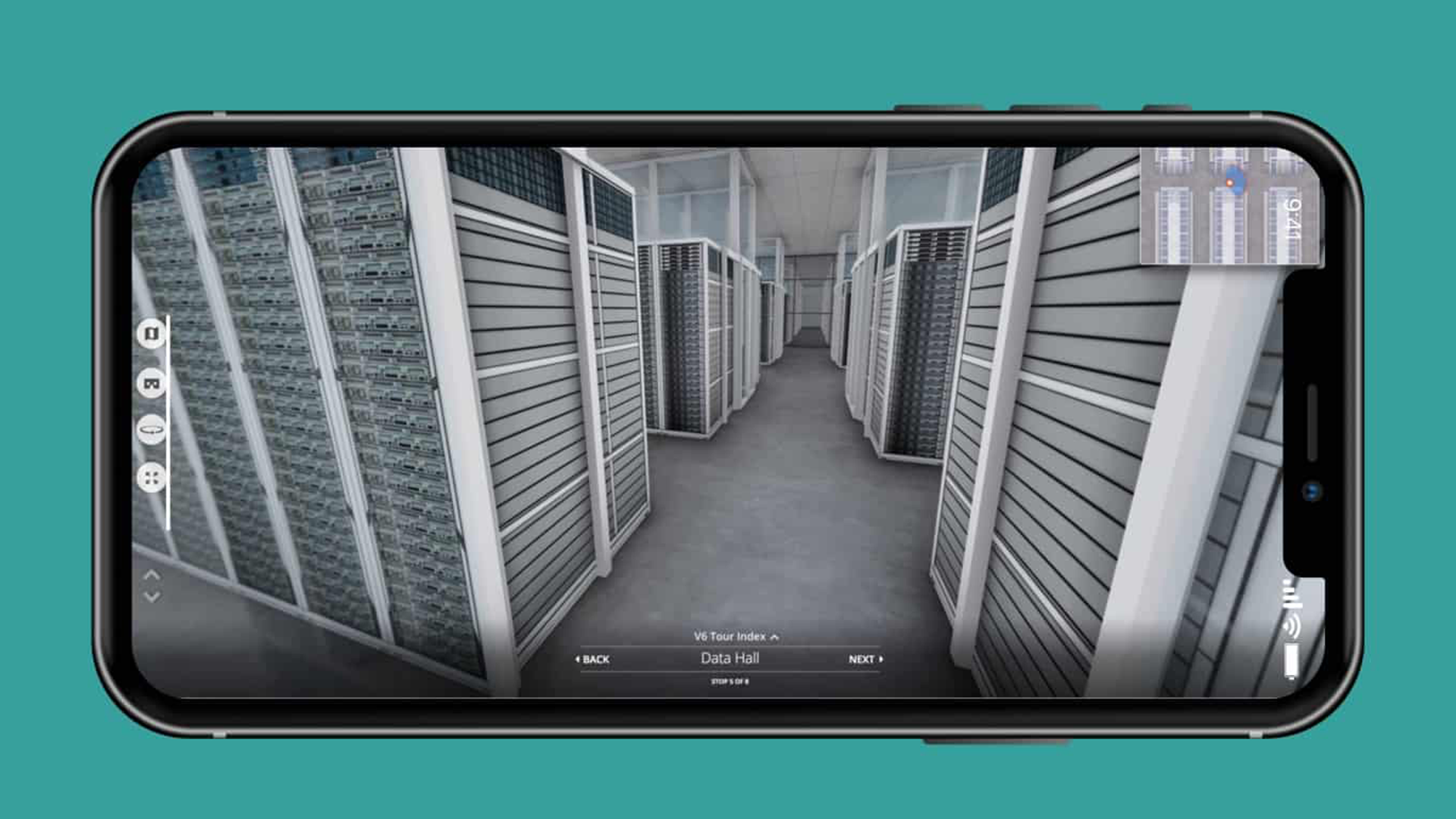 Ready to get started?

We would love to learn about your next project need or performance problem to solve.

Thank you! Your submission has been received!
Oops! Something went wrong while submitting the form.